The Law Office of Hakimi & Shahriari is proud to announce a major victory for the disabled community at at the Central District of California, which included a strong message to commercial property owners: ignore the lawsuit at your own peril!

Despite the fact that the Americans with Disabilities Act (the ADA) has been the law of the land for more than 30 years, violations of the statute remain, by all accounts, widespread. Experts across the country agree that most businesses are not accessible to the disabled, even when compliance is easy and affordable.

Requiring compliance with the ADA and access to all businesses serves the important societal goal of eliminating the second-class citizen status of disabled persons. Sadly, many wealthy owners of commercial real estate in California, who typically own many investment properties, refuse to comply until a lawsuit has been filed against them. This willful refusal is then multiplied across many places which disabled people rely on for food, medicine and basic humanitarian needs.

When a lawsuit is filed, there are a cadre of defense attorneys who advise defendants to pursue an intentional default strategy: to ignore the case and let the Courts and Plaintiff waste time and money on a wild goose chase against an empty chair. The goal of this strategy is twofold. First, they hope that the assigned judge refuses to award damages and reduces the awarded plaintiff’s attorney fees. Second, they then seek to frustrate, through gamesmanship and other bad-faith conduct, the enforcement of the judgment.

This default tactic of ignoring active litigation is harmful to the economy, the judicial system and society. It wastes limited Court resources. Many Court hours and dollars are squandered trying to clean up the mess of an active litigation that is dragged on and made complicated because of a missing defendant. It also prevents enforcement of commercial building codes for the benefit of a handful of rich slumlords, while depriving disabled people basic goods and services. Ultimately it weakens Federal law and allows the wealthy to evade compliance. This tactic is also why so many commercial properties are dilapidated and difficult to use for disabled and non-disabled: commercial urban blight.

​This “let it burn” strategy finally blew up in the defendant’s face in Walker v. Politis et al. Even though the defendants were properly served and had sufficient notice and time to appear to defend the action, they did nothing and let their default be taken. The Court then entered default judgment against the defendants, ordered them to pay $26,098 in damages, attorney fees and costs and ordered them to bring the property into compliance within 180 days.

After judgment was entered attorney Stephen Abraham contacted Hakimi & Shahriari on behalf of defendants and claimed that the defendants were not served. Fortunately, plaintiff’s process server was equipped with a body camera that showed, indisputably, that defendants accepted service. Once the bodycam footage was brought to Mr. Abraham’s attention, he ceased all communication with plaintiff’s counsel. It is believed that Mr. Abraham advised the defendants to pursue the intentional default strategy, which has clearly backfired.

Anoush Hakimi, Esq. and Peter Shahriari, Esq. of The Law Office of Hakimi & Shahriari represent plaintiff in this matter.

​The defendants are represented by Stephen Abraham, Esq. of Law Offices of Stephen E. Abraham.

One of California’s preeminent plaintiffs’ law firms, Hakimi & Shahriari is known for the protection of individual civil rights, especially in the face of corrupt people and policies. Being known as a plaintiffs’ law firm that will aggressively prosecute a matter through to conclusion has created respect for the firm by most defense counsel and thereby early resolution of most matters. 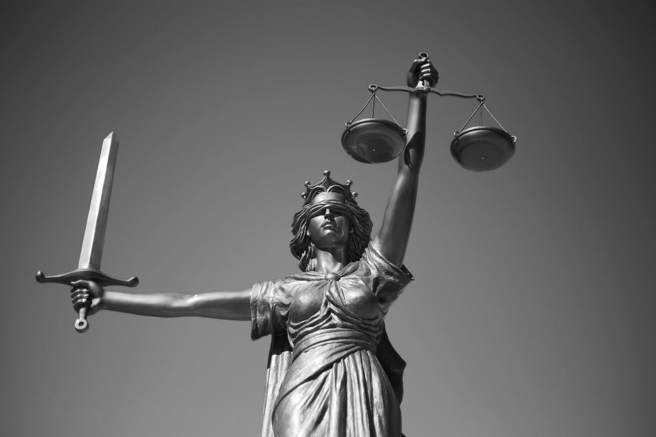