Patients have additionally filed lawsuits against Atrium, manufacturer of C-Qur hernia mesh that has been alleged to have caused serious side effects. According to the plaintiffs, the C-Qur mesh is coated in Omega 3 fish oil, which may have caused an allergic reaction in some patients.

Others have claimed the polypropylene mesh floated away from the original tissue and became a foreign object, in some cases even adhering to other organs within the body. This has allegedly resulted in subsequent revision surgeries to remove the mesh.

While Atrium has not officially recalled C-Qur mesh, it has been alleged that Atrium issued a “stealth recall” by quietly ceasing production of the C-Qur mesh due to reports of complications. The Atrium C-Qur lawsuits have now been bundled into a multidistrict litigation (MDL). 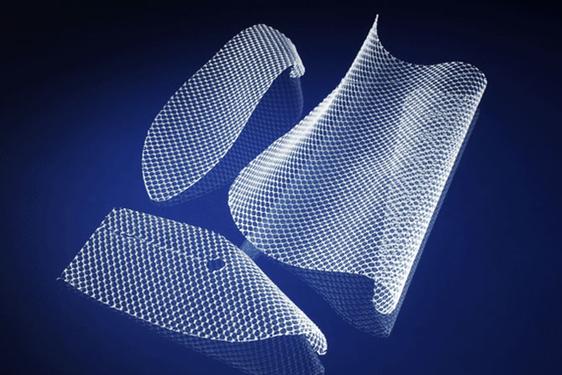 Thank you for contacting us! An attorney from our law firm will contact you shortly! For immediate service, call (888) 635 - 2250.

IF YOU OR A LOVED ONE RECEIVED A HERNIA MESH IMPLANT AND THEN HAD REVISION SURGERY, PLEASE CALL ATTORNEY ANOUSH HAKIMI AND ATTORNEY PETER SHAHRIARI OF THE LAW OFFICE OF HAKIMI & SHAHRIARI AT (888) 635 - 2250 FOR A FREE CONSULTATION.

Hernia mesh is occasionally used in surgery to support tissue weakened by a hernia. The mesh may be composed of animal tissue or synthetic materials (Ethicon's Physiomesh and Atrium's C-Qur mesh.) Absorbable mesh is viewed as a short-term solution that will allow the patient’s own tissue to get stronger and the mesh will be absorbed by the patient’s tissue over time. Non-absorbable mesh remains in the body indefinitely and offers long-term support for the patient’s weakened tissue.

Lawsuits related to hernia mesh generally make claims for some combination of the following: defective design and/or manufacturing, failure to warn, negligence, loss of consortium. Additionally, compensation for the following damages have been sought: medical expenses, lost wages, loss of earning capacity, pain and suffering.

In May 2016, Johnson & Johnson subsidiary, Ethicon, pulled Physiomesh Flexible Composite Hernia Mesh due to high revision rates and hernia recurrences even after hernia repair surgeries. Ethicon stated these complications were a “multifactorial issue” that could include “product characteristics.” Health officials in both Europe and Australia recalled Physiomesh in the months following, citing side effects such as bowel obstruction, pain, seroma, and hernia recurrence. By this time, many patients in the U.S. had already filed lawsuits against Ethicon/Johnson & Johnson.